Turn your parties into an absolute fun experience filled with laughs and dark humor. Don’t let the Muggles Get You Down

We are an official seller of this special Harry Potter-themed set for Cards Against Humanity. This official Cards Against Muggles set includes 1440 cards 990 White answer cards and 450 question cards for you and your friends to utilize in your games. It takes 90 minutes or less to finish this game and it requires 4 to 20+ Players. It contains a hilarious vibe with an evil sense of humor. Just like the movie.

However, this is perfect for the majority of original Harry Potter fans – the original readers of the books are now in their twenties, and many of them have no doubt thought of strange headcanons to go with their favorite series. The game it’s guaranteed to bring hours of fun, and a great mood to the players. So, I bet you don’t want to miss it right?

If you’re in the mood to ruin your childhood further, in our store we also sell Cards Against Disney or Star Wars Cards Against Humanity or even you might like the newest edition of Cards Against Supernatural for a good price.

Cards Against Muggles Box follows the same basic format as Cards Against Humanity. Each player holds ten white cards in their hand and must play one to go with a corresponding black card. Whoever has the best answer to the prompt on the black card wins the round, and then a new player is chosen to be the judge of the next round.

Instead of playing a black card that reads “Donald Trump,” you would instead have “Ron Weasley.” Instead of talking about “World War II,” you have the “Second Wizarding War.” So you know what you get to enjoy when you play with the set, here are some samples of black and white cards from the game. 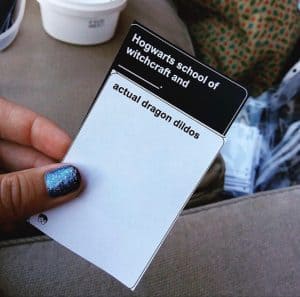 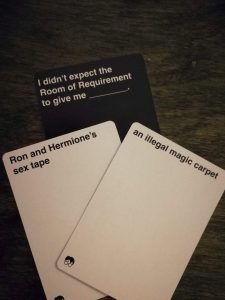 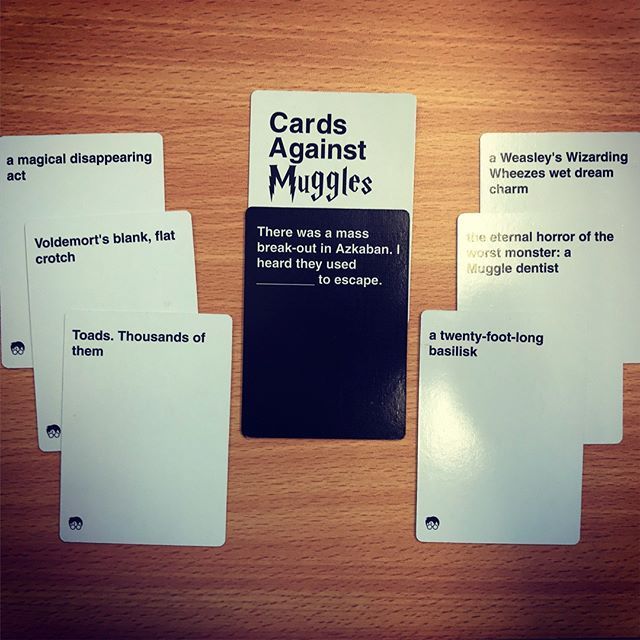 Here’s another good one combation of the game 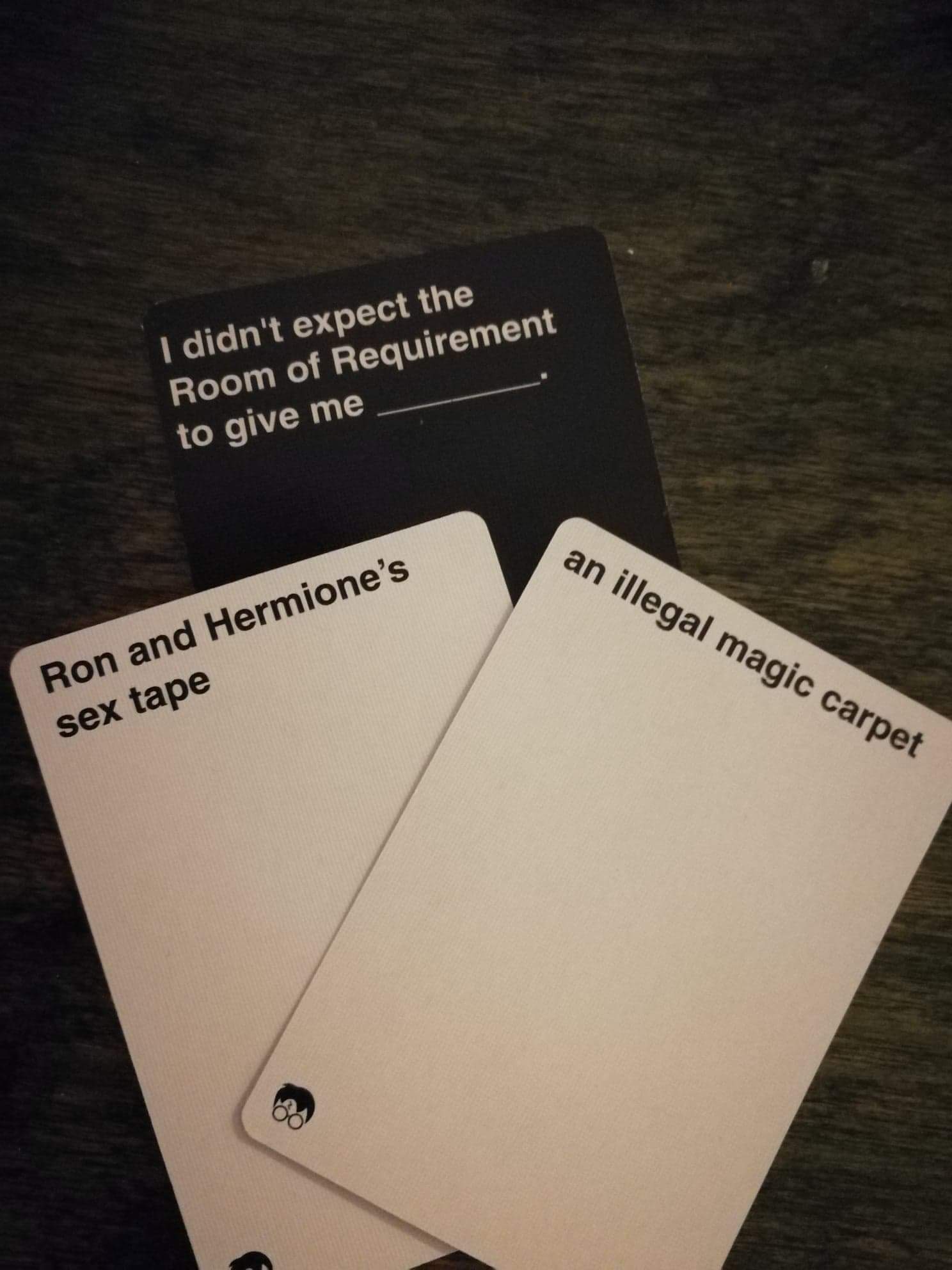 This comes with numerous positives since it means you won’t have to wait for shipping to hold the cards in your devious hands. Plus, Cards Against Muggles is a remarkably cheap expansion pack. The entire set can be bought for $9.95. This means you are only paying a penny per card!

If you are looking at this set, you will undoubtedly know what the game entails. There are tons of disturbing jokes about sex, bestiality, genocide, historical depravity, and nonsense regarding real people – and that’s why we love it! It is a chance to make politically incorrect jokes and express the darker side of your humor without facing censure from your friends and family.

The Harry Potter series is one of the most beloved sets of children’s books in human history, selling millions of copies and making billions of dollars. There are more than seven books, eight movies, and many parodies on websites like YouTube. There are now entire theme parks dedicated to the wizarding world, unique candies created after their counterparts in the book, and even quidditch teams at modern colleges and universities.