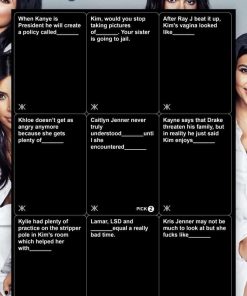 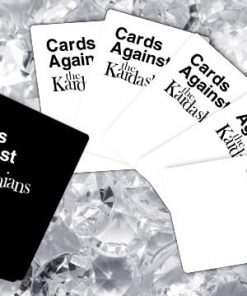 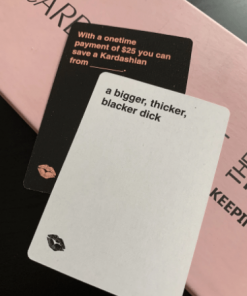 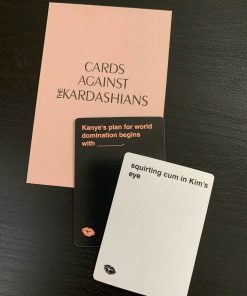 Bring the reality show to life! Buy Cards Against Kardashians and find the same great gameplay you love in the original Cards Against Humanity, but with a Kardashian-themed twist that’s sure to have your friends and family laughing.

“Kim, there’s people that are dying.” is the most famous saying from the Kardashians’ family – One of the sayings that will accompany you during your adult gaming experience with Cards Against Kardashians.

Sayings like these, and epic moments from the TV show such as when Khloe went to jail and Kim along the way took pictures or savage moments and behaviors from Kourtney throughout the entire season, are things that you will find among the sayings on the cards.

Since the broadcast of this series in 2007, these six words became the most popular words on social media and were used to describe different life situations.

Hands down, “Kards Against Kardashians” is a must-have for the Kardashians fans! Yes, it is written with K. If you are a fan, you’ll know why!

Cards Against The Kardashians Humanity Version 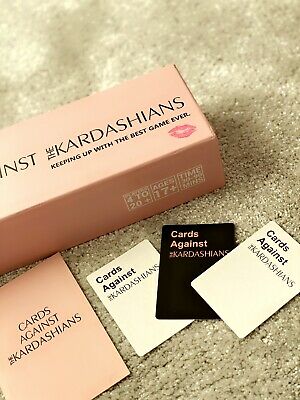 Cards Against Kardashians is a parody, unofficial version of “Cards Against Humanity” that was created by Kardashian’s fans. It consists of Kardashian-themed humor which will bring back to you the most savage quotes and moments from the TV Show “Keeping up with the Kardashians”.

In this game, you will see sentences like “When Kanye is president he will create a policy called__________.” or “Everything the Kardashians touch, turns to gold except for __________”. In the end, whoever makes the best card combination wins!

How to play Cards Against Kardashians? 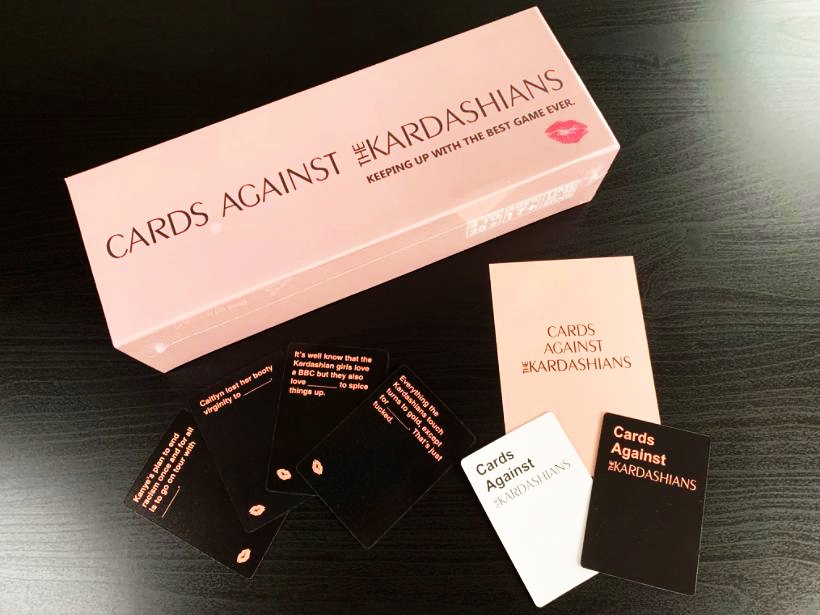 Kardashians Cards Against Humanity is guaranteed to bring the players hours of laughs and a good time while playing it. If you are a fan (or not) of the Kardashian family and you want to “Keep up with the Kardashians” this is how you can play it:

Each round, one player reads the sentence from a black card out loud and everyone, in turn, answers with the white card which they consider the funniest response.

As mentioned above, the content of the cards is rude, offensive, and Kardashian-themed humor which also contains other sayings that are not used on the TV Show. So, it is a mix-up of fans’ creativity and real sentences from the show.

Keep in mind that like most Cards Against Humanity editions, this is also a game that should be played by adults only. Therefore, we suggest you choose your game buddies carefully because you would not want someone to get offended during the party and ruin the party spirit!

We will start by giving you some hints so that you’re prepared for what’s waiting for you in that deck.
Take a look at some of the most savage lines from the game and learn the possible combinations you could do while playing it!

This is not the dirtiest you’ve seen!

I think these images are great examples to demonstrate the party game spirit of Kardashian cards!

However, you haven’t seen almost anything…Don’t miss out! Buy them Now! 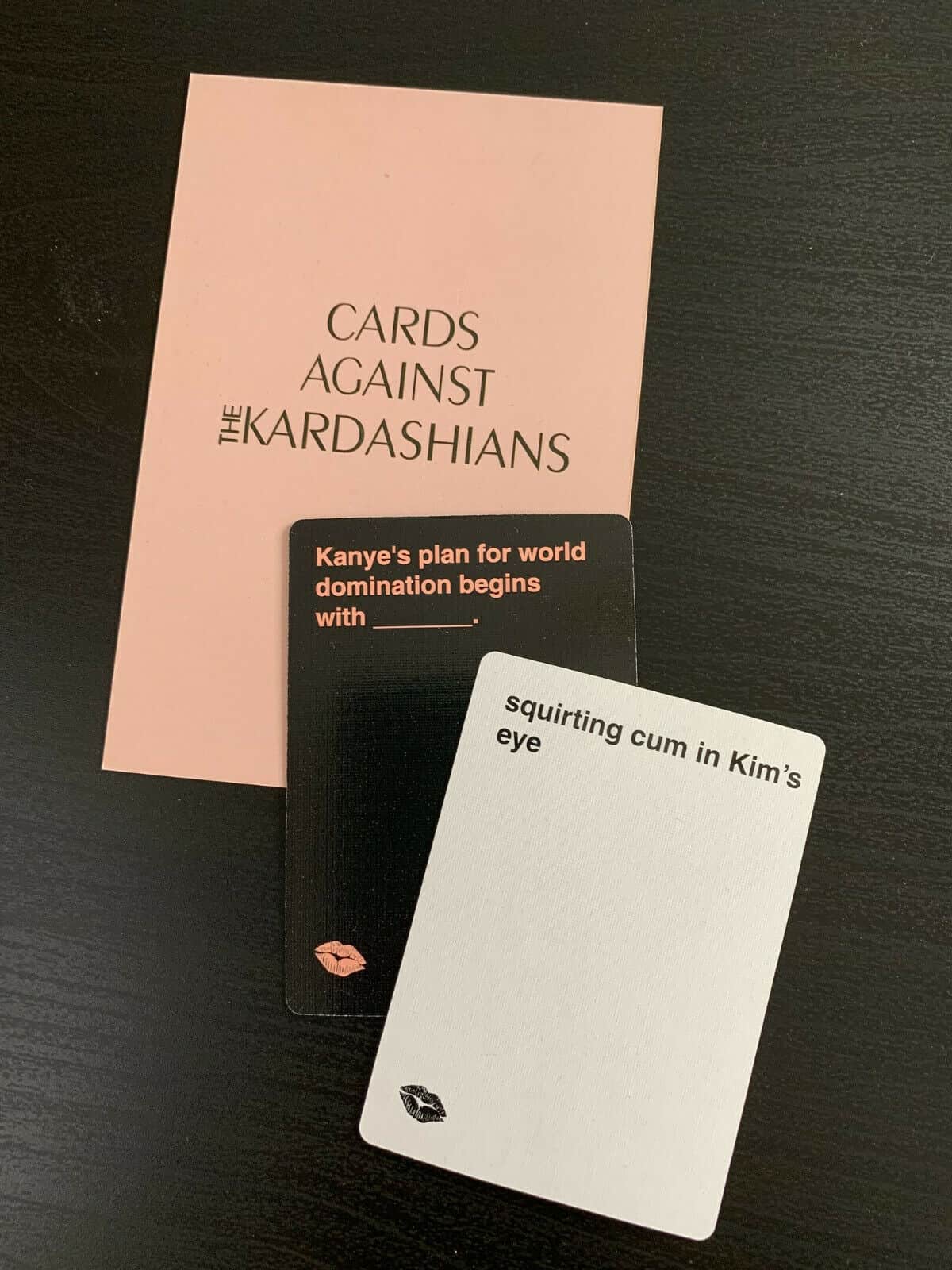 Whoop! Whoop! Would you have thought of this combination? That’s hilarious!! 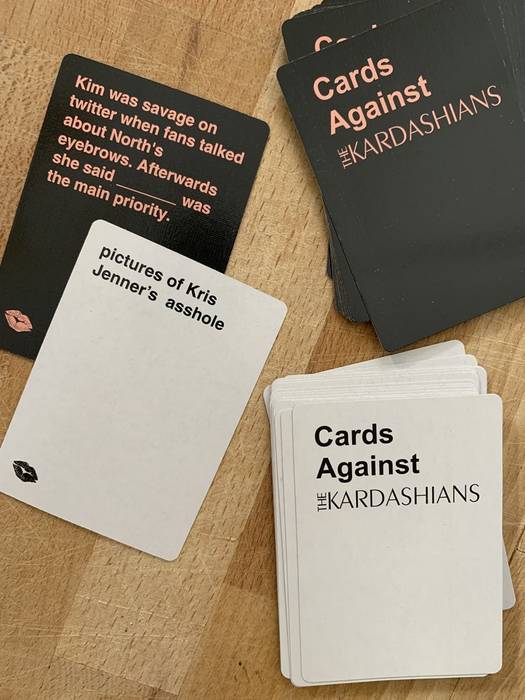 Oh wow! What a response! 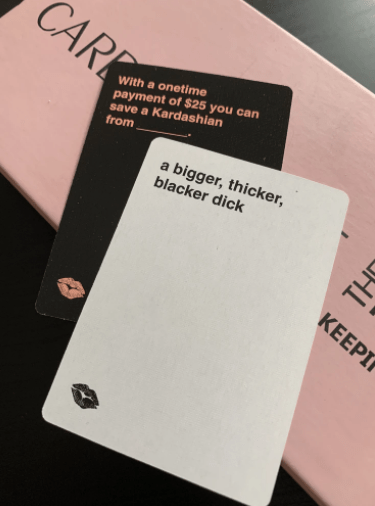 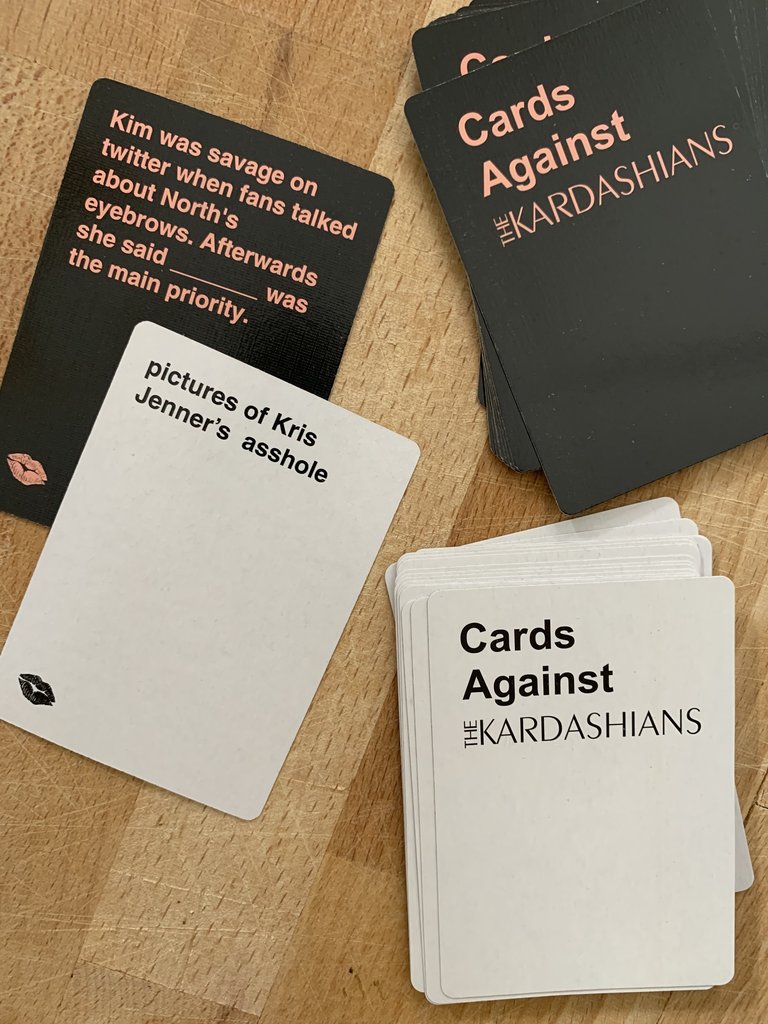 Whether you’re looking for some fun with friends or something to do with your significant other, board games are a great way to bring a group of people together.

Why “Keeping Up With The Kardashians”?

It’s the Kardashians for god’s sake! One of the most popular, and watch shows! It started in 2007, and it is still going on, and getting millions and millions of views. 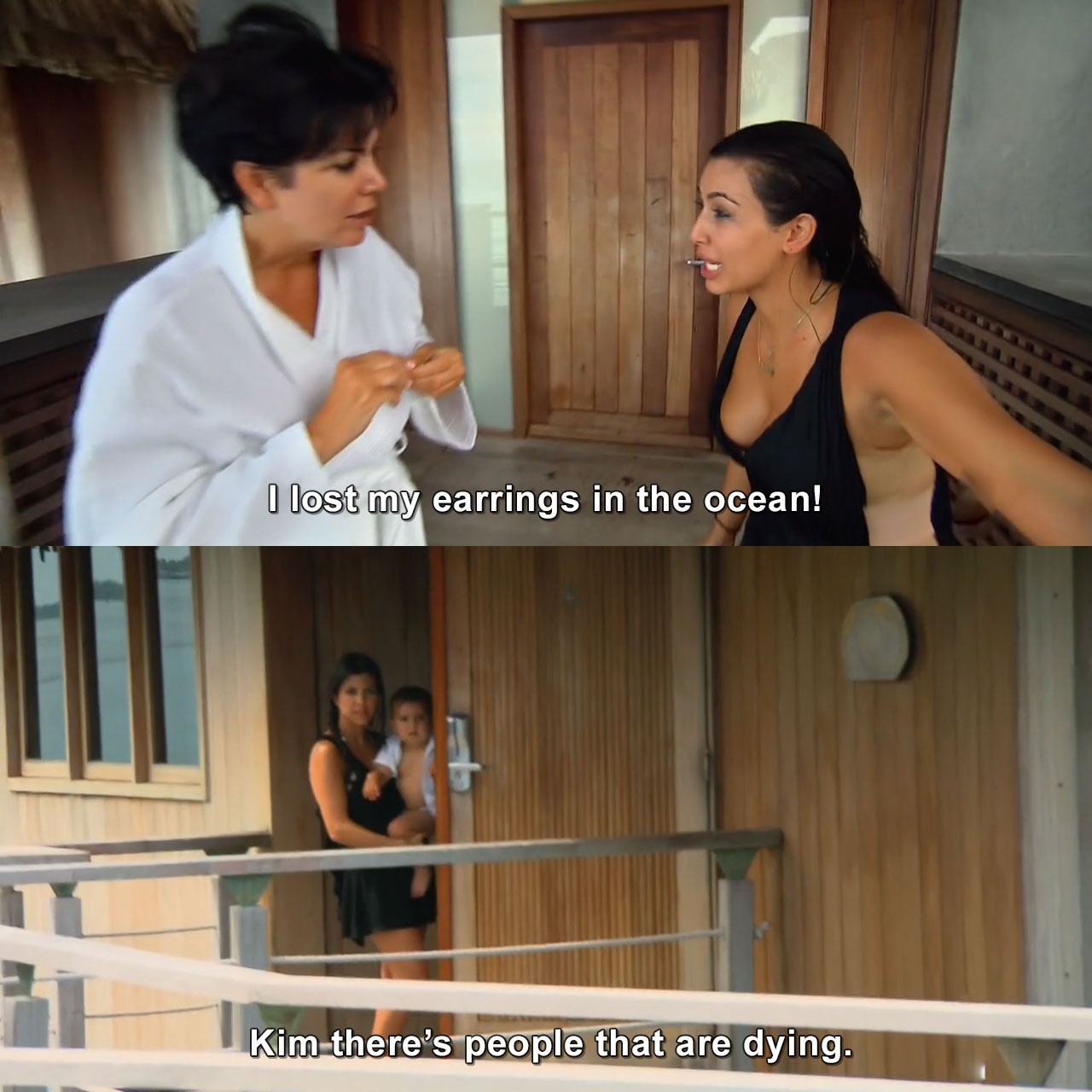 There are lots of funny moments and scenes that are worth mentioning from time to time.

Both got explicit content (language-wise), and both mixed up together turning into Cards Against Kardashians.