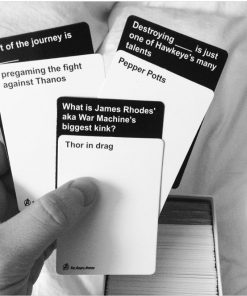 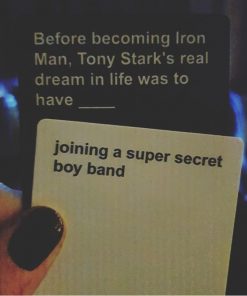 Cards Against Avengers is the very awaited themed edition of Cards Against Humanity. Even though unofficial, the cards are hilarious, well written, and exactly C.A.H style! PDF Version

The Cards Against Avengers contain references and are all based on your favorite super film. Now, the superhero film and the super hilarious cards, are both combined into one box called Box Against Avenger.

This is an unofficial edition of Cards Against Humanity, with 239 cards that give you the chance to create hilarious scenarios with your favorite superheroes.

The cards are hilarious, and each very well thought before written.

The Avengers has a lot of funny scenes which, yes, made us laugh. But you can take that ‘funny’ to another level now. Makeup scenes that’ll shock even yourself, let alone your friends.

We are talking about a lot of dirty and dark humor here. This is not a kid-friendly Box. It is an adult game, 17+ only.

We’ve seen the Marvel film series, we’ve loved the film series. Now it’s time to recreate them, laugh loud with them, and love them even more.

How to Play Cards Against Avengers?

One of the simplest card games to play is obviously Cards Against Humanity. The rules are easy to learn and very very simple.

It is unofficial, but still, it is an edition of the main game, hence, Box Against Avenger has exactly the same rules.

Here, a reminder of those rules – how to play:

The Black Cards are the ones that ask the question or require a fill-in-the-blank.

And the White Cards (you get 10 of those) are the cards that answer or fill in the blank of a Black Card.

After deciding who is going to be the Card Czar of the round, it’s time to start playing.

The rest of the players pick their answer cards and place them face down on the table. The Card Czar reads the White Cards and the Black Card and decides which one makes the funniest combination.

You start a new round, you get a new Card Czar. You can play as much as you wish.

Here are a few card combinations that would most probably win the round. 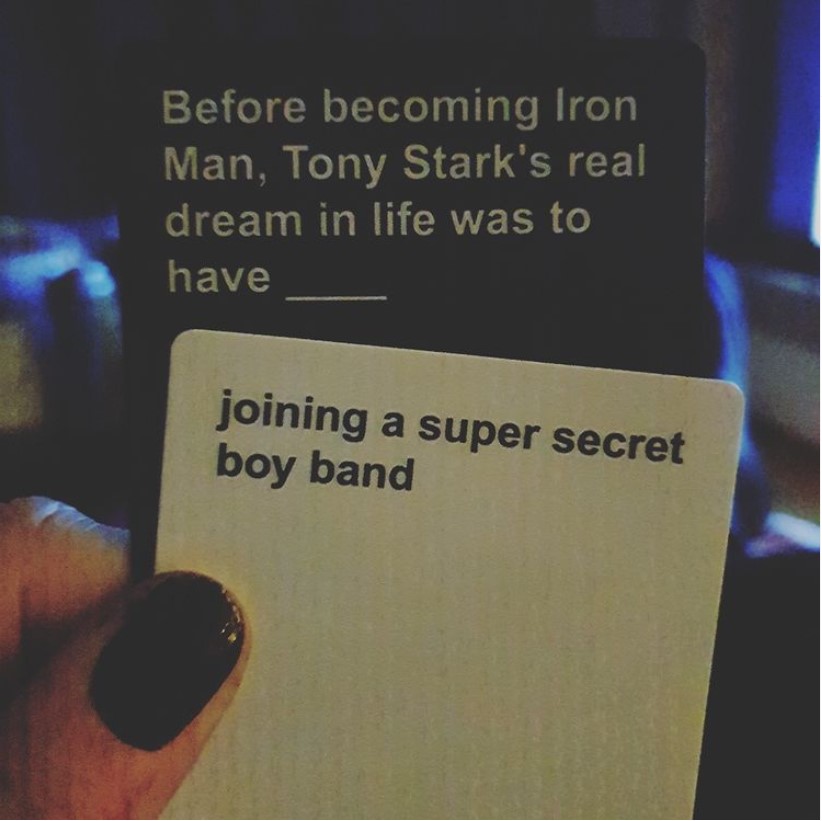 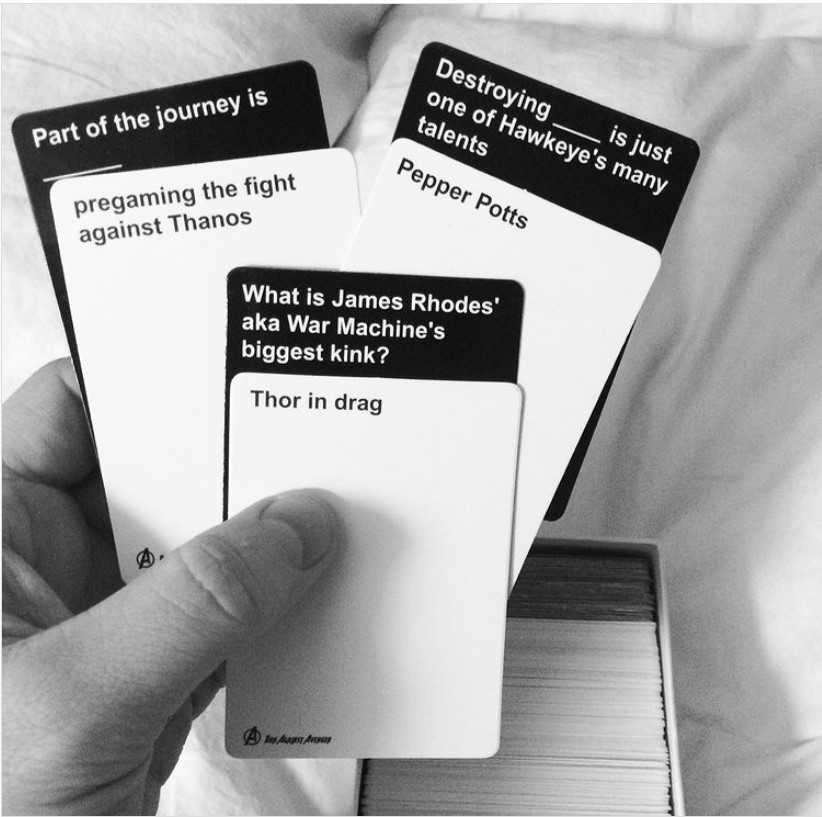 Black Card:
Destroying _______ is just one of Hawkeye’s many talents.

These are just a few combinations out of so many other hilarious ones you can create with your friends or anyone you’re playing with.

Recreate the scenes you loved so much, make them hilarious, make them fun.

The very waited Cards Against Avengers with 239 hilarious cards, with the fun it comes with, can be purchased online in our store for only $9.95.