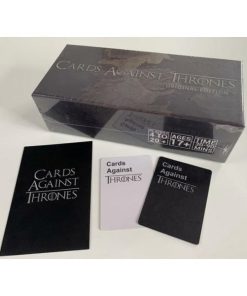 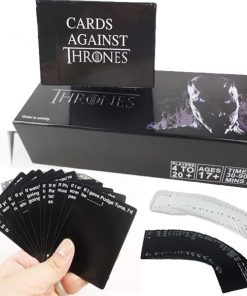 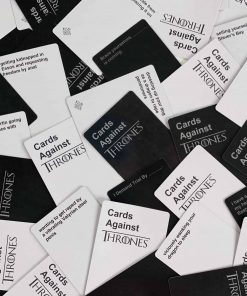 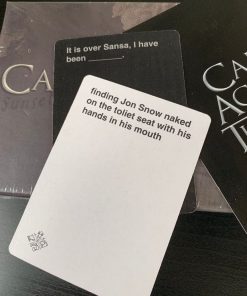 Some clever minds came up with the idea of creating a Cards Against Humanity edition, all about one of the most-watched TV-Show in the last decade, a series of fictional kingdoms, Game Of Thrones.

Game Of Thrones, a fictional series that premiered on April 17, 2011, currently including over 8 seasons, has become one of the people’s favorites. The whole story was set on the continents of Westeros and Essos, and one reason why it became this popular is the big cast.

Now, if you’re a big fan, even though you may want to watch it 100 hundred times, we can all agree that it can get a bit boring after a few times. Well, even more boring, get people who do not hesitate to say: you’re watching it AGAIN? I know you don’t care (as you should), but we also found another way of watching GOT without watching GOT!

We know you love the characters, but you’ll be asked to make fun of them sometimes. That doesn’t mean you don’t love Jon Snow, Daenerys, Arya, Jaime, Bronn, Samwell, Theon, Tyrion, and all of them, honestly. I bet they’d love making fun of themselves too, I mean if they had the chance to play this fabulous card game, we don’t doubt that.

What makes Cards Against Thrones amazingly special, is that it creates a stronger bond between all the players, since now, apart from the fact that they all have the same movie preferences, they can finally make fun of something only they understand. So, anyone who hasn’t watched the show will think laughing about that stuff is nonsense, and we know that isn’t true. You adults, big Thronies, gather your friends and go for it!!!

How Do We Play ‘Cards Against Thrones’?

In the first place, there should be 4 or more people in the room. Well, okay, you can also play it with 2 or 3 players, I had to say it! Everyone should be 17 years or older, because of what it contains, and we don’t want to make anyone feel embarrassed. The most important rule is that everyone playing should be a fan, or at least have watched the series, otherwise, it won’t be that fun.

One of you should be the Card Czar, meaning that that player has to deal the cards to others, read the black card, and judge the best responses. Each player is dealt 10 white cards, facedown, so no one sees the other’s hand. The black pile stays in the center of the table, and the game judge has to read them and explain.

After dealing with the cards and being introduced to the black card of that round, all the other players should pick their best white card/response to answer the black card or to fill in the blank. It can sometimes be 2 cards, depending on the blanks. Since all the cards are related to GOT, it’s obvious that you’ll have to match the joke with the character, so, it makes more sense, and gets funnier.

Back to our point, every player gives the cards face down to the Card Czar, and he or she finally gets to choose their favorite one. The player whose white card was chosen as the best/ funniest one keeps that card as a point. Now, continuing further with the other rounds, you can change the Card Czar, you know, you can all take turns, or one player remains the game judge for the whole game.

The instructions are just as easy as that. The game ends whenever you get bored, or you think you should keep the cards for another time, even though combinations are always unique from one time to another. At the end of the game, every player counts their black cards, meaning their points, and whoever has the most points, besides that they’re the funniest, they also win the game!

The Cards In This Game of Thrones Card Game

Once again, Cards Against Thrones has 301 cards inside, divided into 243 white ones and 58 black ones. Here are some of them, and some funny combinations as well: 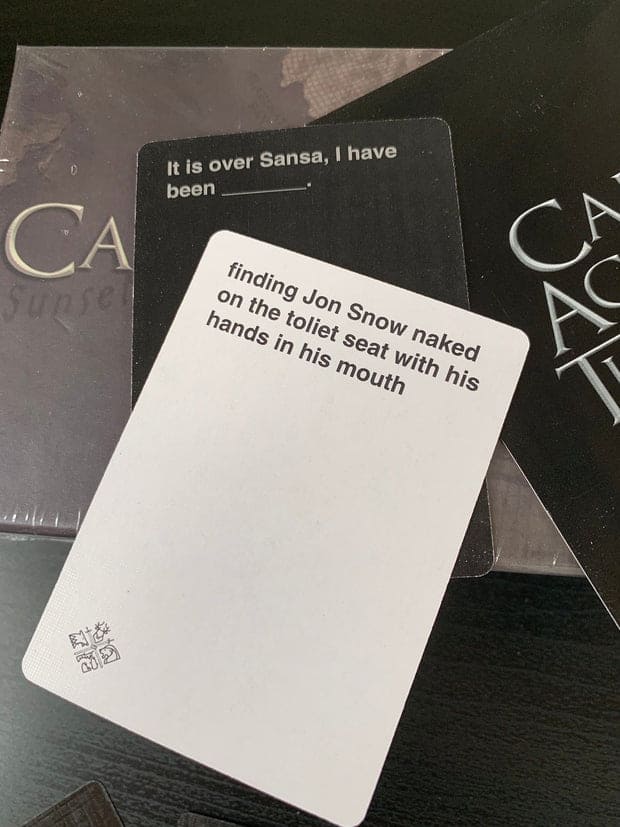 Just imagine this scene… Jon Snow is this desperate. Ah, we’re only used to seeing him powerful! 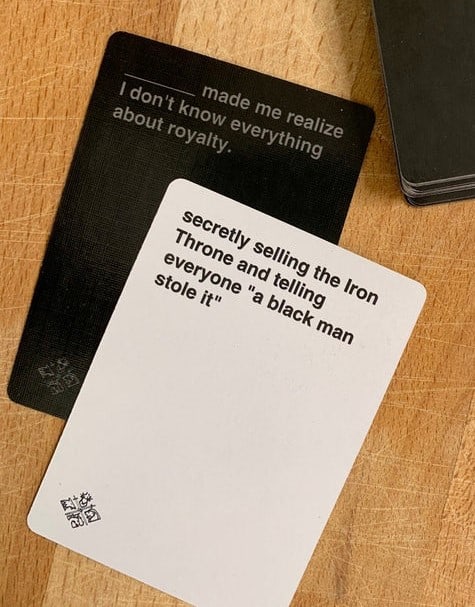 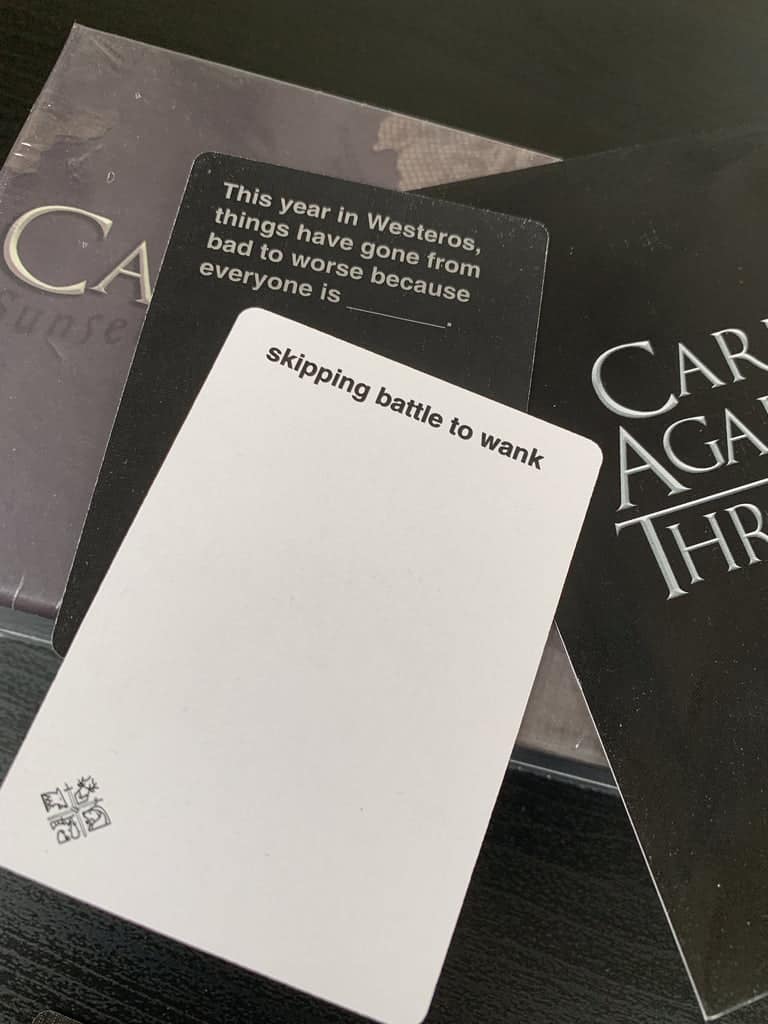 Is everyone skipping battle to wank these days? Well, I have no words… That’s not what Westeros is best for!

I know you’re dying of curiosity… Here’s a shortlist of cards:

What Do People Say About ‘Cards Against Thrones’?

To be as transparent as possible, we’ve asked people what they think about one of our favorites card games ever, and this is what they said:

Rate the game yourself. Your Game Of Thrones spirit will be endlessly happy!

1 review for Buy Cards Against Thrones: A Super Creative Card Game Of 301 Cards