Skip to Content
Home Shop Products Cards Against Supernatural Humanity – 355 cards “We’ve got work to do”
View cart “Cards Against Kardashians: Keeping Up With The Kardashians 876 Cards Buy Now” has been added to your cart.
Sale!

The Cards Against Supernatural is indeed a supernatural deck of cards in 2021 for SPNFamily. You’ve seen the “thrilling yet terrifying journeys” of Sam and Dean? You’ve seen Tessa, and read quotes of her after the movie was over?

Well, you better buckle up for this game! It’s going to make you love the movie AND the game more than you already do.

The series started in 2005, ending it with their final episode in November 2020.

You’ve seen the “thrilling yet terrifying journeys” of Sam and Dean? You’ve seen Tessa, and read quotes of her after the movie was over?

Well, you better buckle up for this game! It’s going to make you love the movie AND the game more than you already do.

You will absolutely love this game if you:

The entire deck of Cards Against Supernatural is based on Supernatural, and may we say, it is indeed a supernatural deck of cards.

If you’re familiar with Cards Against Humanity you know that most of its editions/expansions are not children-friendly. This is one of those editions – It contains adult content, it is not recommended to people aged under 17 years old.

The humor is very similar to most explicit content Cards Against Humanity editions, hence we do not recommend you to purchase this product if you don’t feel comfortable playing at least the main C.A.H game.

Supernatural Cards Against Humanity can be played by itself or combined with another deck of cards if you want to make things extra interesting. If you love both versions so much, you can add as many cards as you wish to the main game. Plus, it is better if you want to make the game last longer than it does on its own.

How to Play Cards Against Supernatural?

Cards Against Humanity is one of the most simple card games to play. This Cards Against Supernatural edition even though unofficial, has the same rules as the main game:

The game consists of 355 playing cards from which 90 are black cards and 255 white ones. The question/fill-in-the-blank cards are the Black Cards whereas the answer cards are the White Cards.

If you never played Cards Against Humanity before, or just want to see what some of the cards look like, you will find some examples below. 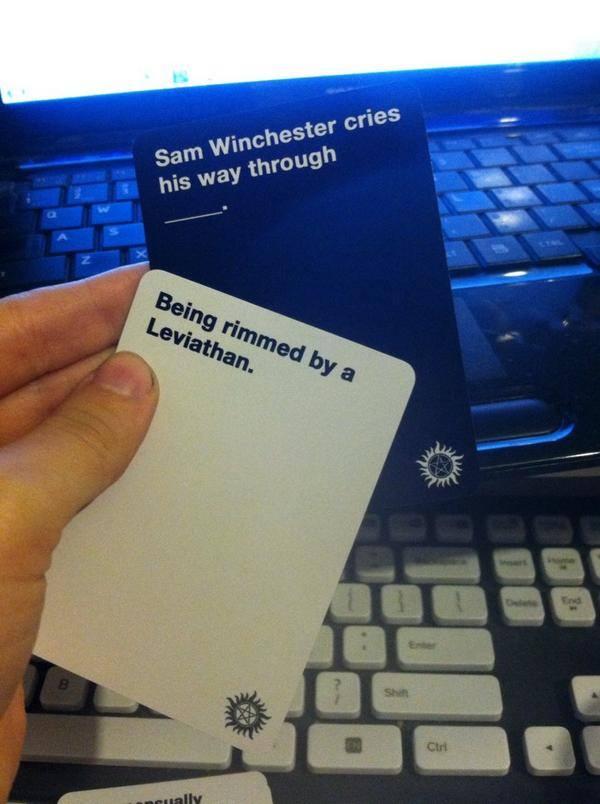 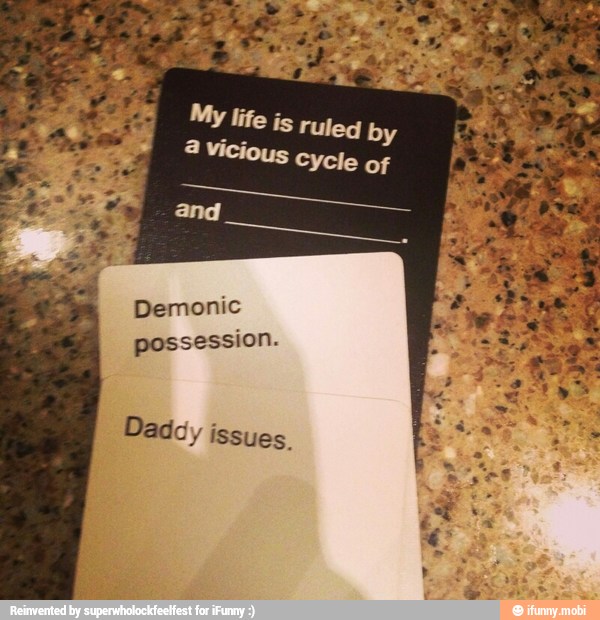 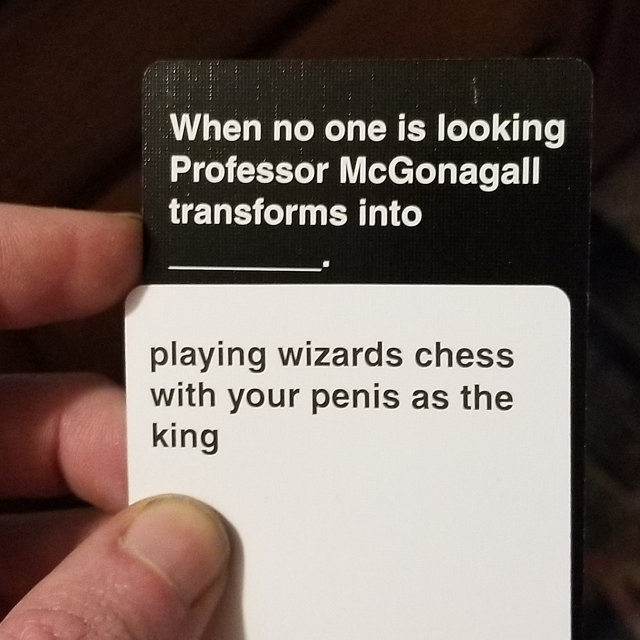 Let’s take one of the Black Cards:

Now, two of the combinations from White Cards could be:

Another example would be:

These are only a few of the countless combinations you can make.

This game is for sale and available at our store, and you can purchase it with all the fun it comes with for only $9.99.

There is no discount code for Cards Against Supernatural at the moment. It’s a bummer, because who doesn’t like discount codes, huh? But you can always check on it, there might be something available for you later.