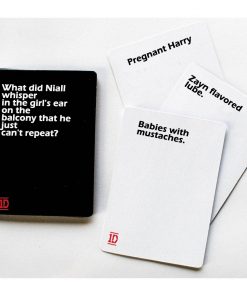 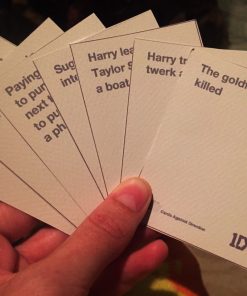 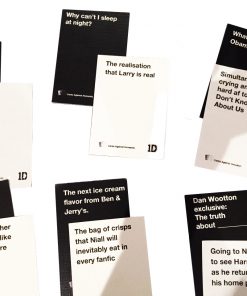 You’ll have it available as a digital version (including 712 playing cards).

The cards are all about the 5 members of One Direction… Well, 4 plus one ex-member of the band.

The One Direction boys became famous from the very watched show X-Factor (England) in 2010.

And then in 2015, the big drama happened: Zayn (one of the top favorite boys from the band), left the band.

However, the band is still worldwide listened to, and loved by fans to this day on.

This Cards Against Humanity unofficial edition has been asked by a lot of 1D fans. Finally, it is here, available to you all.

Jokes about Harry, Niall, Liam, Louis, and Zayn will have you remember your favorite moments and twist them so you can laugh your lungs out about it.

Of course, just like almost all Cards Against Humanity (unofficial) editions, this one too is 17+.

Within those 712 cards (189 Black Cards; 523White Cards), there is content about the next album the band will make (which you’ll decide what it’ll be called this time), the reason why Zayn left the band, what will Harry’s next tattoo be, and a lot of other ideas that you’ll decide about.

You can play this set of cards as a stand-alone set, but also mix it up with the main game, or any other edition you feel like mixing it with.

Before we move on with card examples (so that you’ll know what the deck is about), here’s a little reminder of how to play the game (in case you forgot how to play C.A.H)

Cards Against One Direction – How to Play?

The rules are the exact same as Cards Against Humanity[main game].

The Card Czar of the round will read the Black Card. The rest of the players get 10 White Cards, and choose a suitable answer to the read card.

And finally, after reading each combination, the Card Czar decides about which one is the funniest combination. The winner gets an Awesome Point.

If you wish to know more about details, or extra rules about Cards Against Humanity you can check out:

Cards Against One Direction – Card Examples 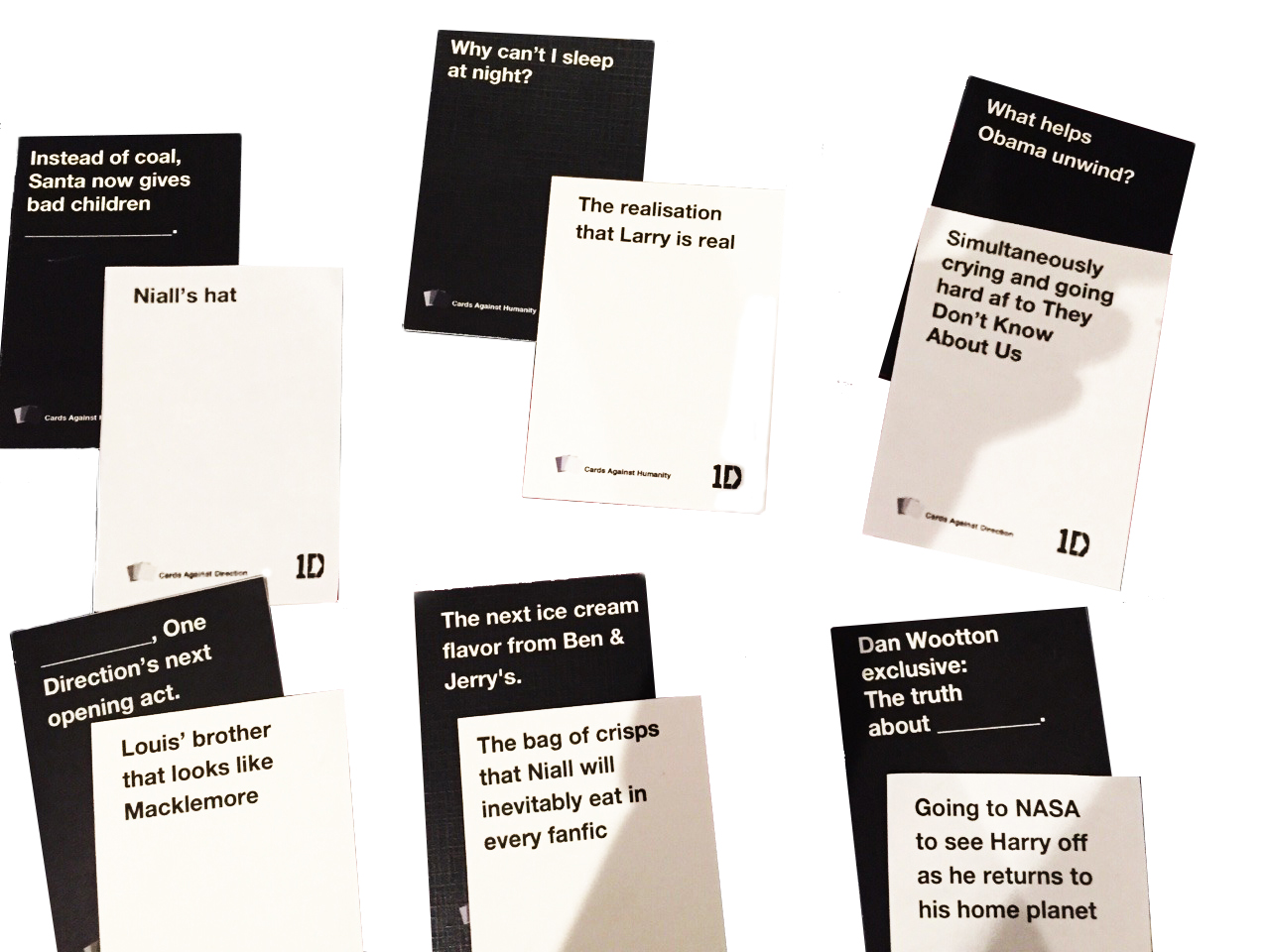 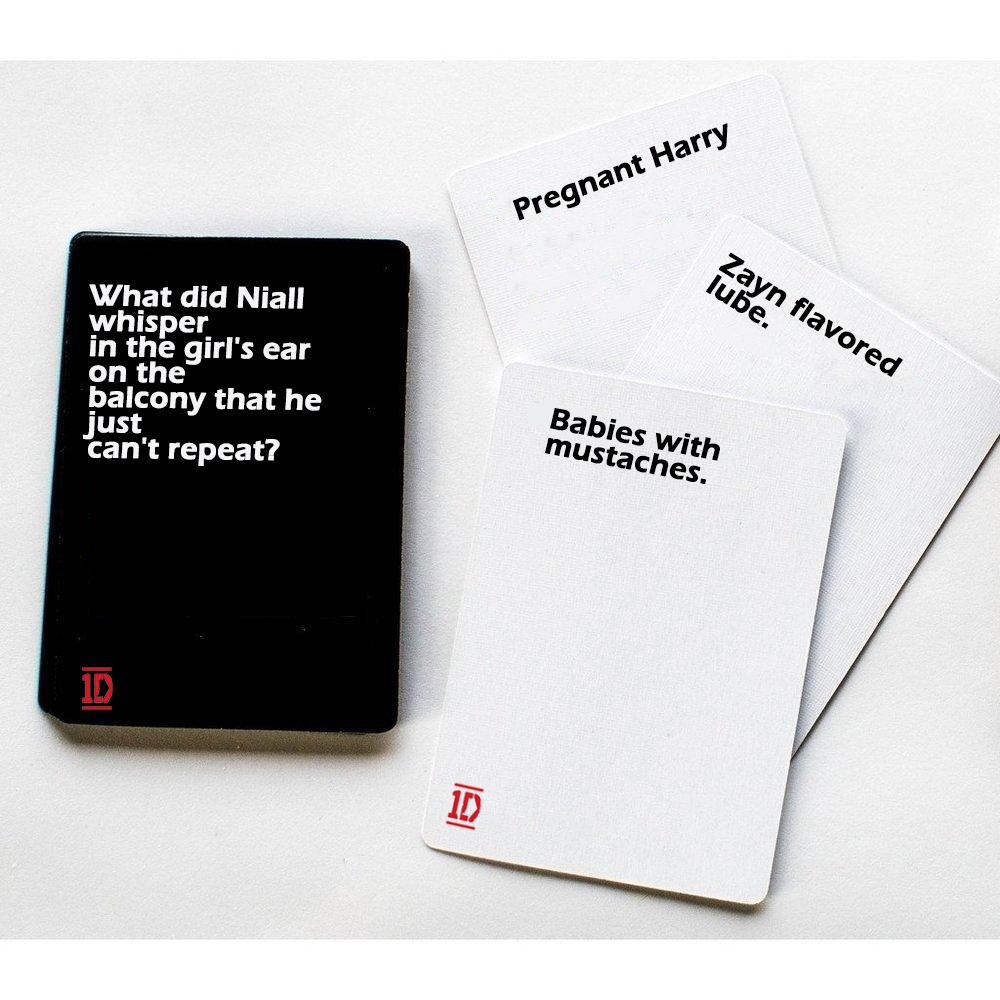 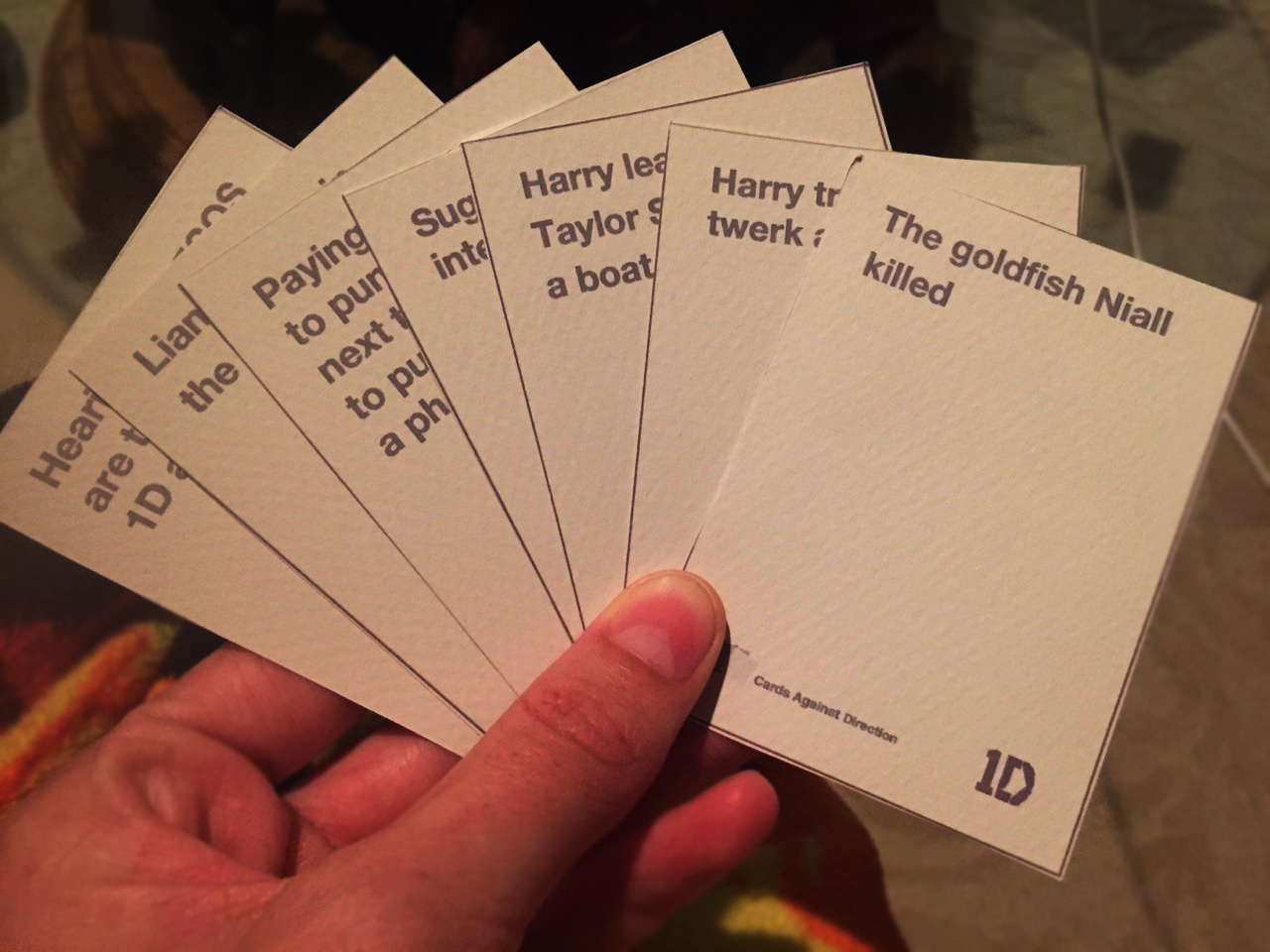 Now that we’ve seen some of the cards, it’s time to combine a few of them. Shall we?!

White Card:
Whoever or whatever olivia is.

Buying Cards Against One Direction

There are over 700 cards in the set which make room for countless possible hilarious combinations.

The fact that it is available as a digital download makes it a lot easier, and a lot faster available to play with.

1 review for Cards Against One Direction Game 712 Cards