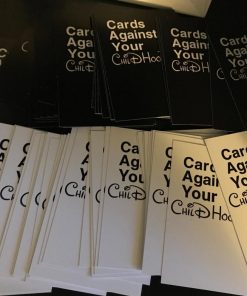 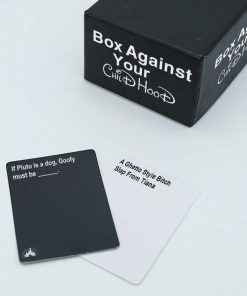 The cards this time are against your childhood!!

Characters that remind us of our childhood, Disney movies, will all sound hilarious now. The cards are against them! With 1,011 cards written carefully to be twisted yet hilarious, this will turn to be one of the funniest card games.

What’s a better combination than Disney and Cards Against Humanity? Well, we don’t think any other can top that!

Don’t confuse this edition with the Cards Against Disney edition though, they’re not the same!

The cards’ content of Cards Against Childhood is all about our favorite Disney Characters, and all about making fun of them.

Even though childhood is mentioned in the box, this is not even close to a child-friendly card game. Don’t make the mistake to buy it for your grandkids, or nephews, or any kids really.

Exactly like the original rules of Cards Against Humanity.

This is an edition of Cards Against Humanity even though unofficial, the way that the game is played is just the same.

Except in Cards Against Childhood, there are some extra cards: Pick 3.
The Pick 2 Cards are included too.

When you get a Pick 3 Card, you have to draw 2 cards instead of one. And you choose three cards to fill in the blank of the Black Card.

Now that that’s out of the way, we can check out the rules real quick:

Black Cards are the ones that are read by the Card Czar. They contain a question or require a fill-in-the-blank.

To answer, or fill in the blanks of the Black Cards, you need a White Card (out of ten in your hands, you pick one, two, or three, depending on the black card).

You’ve got those figured out, now you need a new Card Czar each round. A Card Czar is the player that reads the Black Card and chooses who the winner of the round is.

All of you get 10 White Cards. And the Card Czar reads the Black Card so that all of you can hear it.

You pick a card that you think will make a funny combination with the Black Card and put it face down on the table.

The Card Czar reads them all and decides which one is the best. Hence decides who the winner is. The winner gets an Awesome Point. Yaay!

You can play as long as you wish. Yes.

You’ll find a few card examples, and card combinations below. 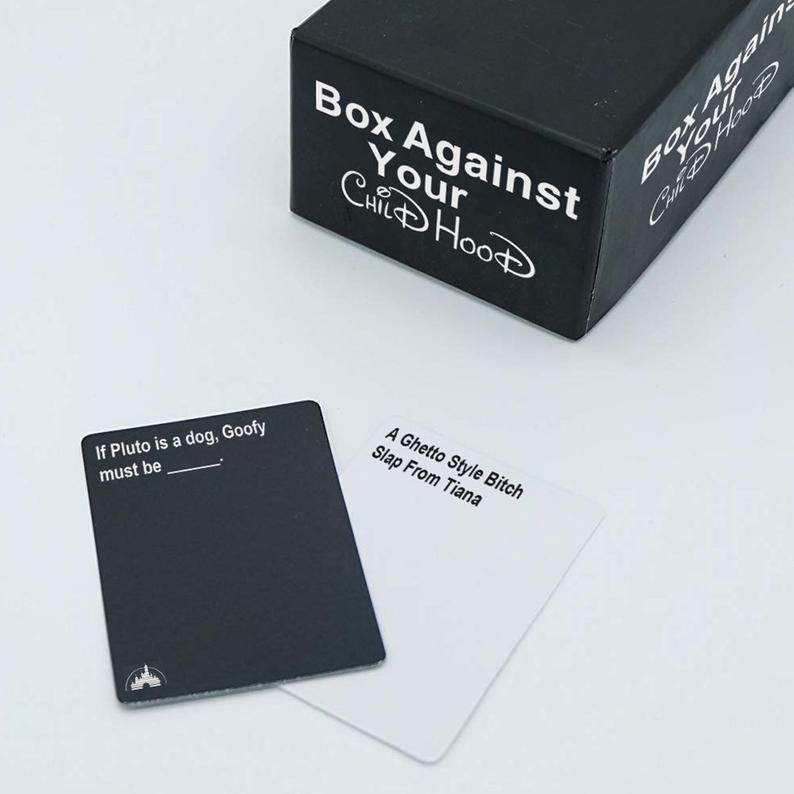 White Card:
A potion that makes you shrink.

Go down the memory lane, and make those memories fun AND funnier, in fact, make them hilarious.

The fun, the 1,011 cards that come with the Cards Against Childhood can be purchased online here in our store, for $15.95 only.

Do you think you’re horrible enough to play it?