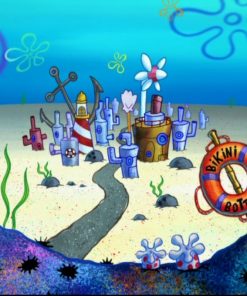 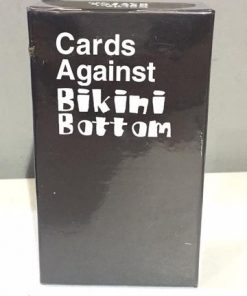 This is a party game with cards designed based on the very loved, and very awesome Spongebob Square Pants series.

One of the coolest cities, with the coolest buildings made of fruit and whatnot, is now the theme of an unofficial edition of your favorite card game: Cards Against Humanity.

It consists of 678 cards (213 Black Cards; 465 White Cards), all designed and written based on the Spongebob Square Pants, and whatever happened in Bikini Bottom.

The cards contain funny, dirty, ‘inappropriate’ jokes all about the series; Hence it is not suitable for people under 17.

If you want to recreate stuff from your favorite childhood series, with whoever you’d like to, there are enough cards for 4-20+ people to play together. The more the better in this case.

Plus, it can be a good gift idea for those child-like friends with a very dirty mind too.

The game is available as a digital download, so you’ll have it the moment you purchase it.

Cards Against Bikini Bottom – How to Play?

With a Card Czar that reads the Black Cards and judges the card combinations – announces the winner.

The rest of the players get 10 White Cards to pick one, two, or three of their cards (depending on the Black Cards) to combine them with the Black Card.

The best combination wins. The new round, new Card Czar.

Continue as long as you wish. 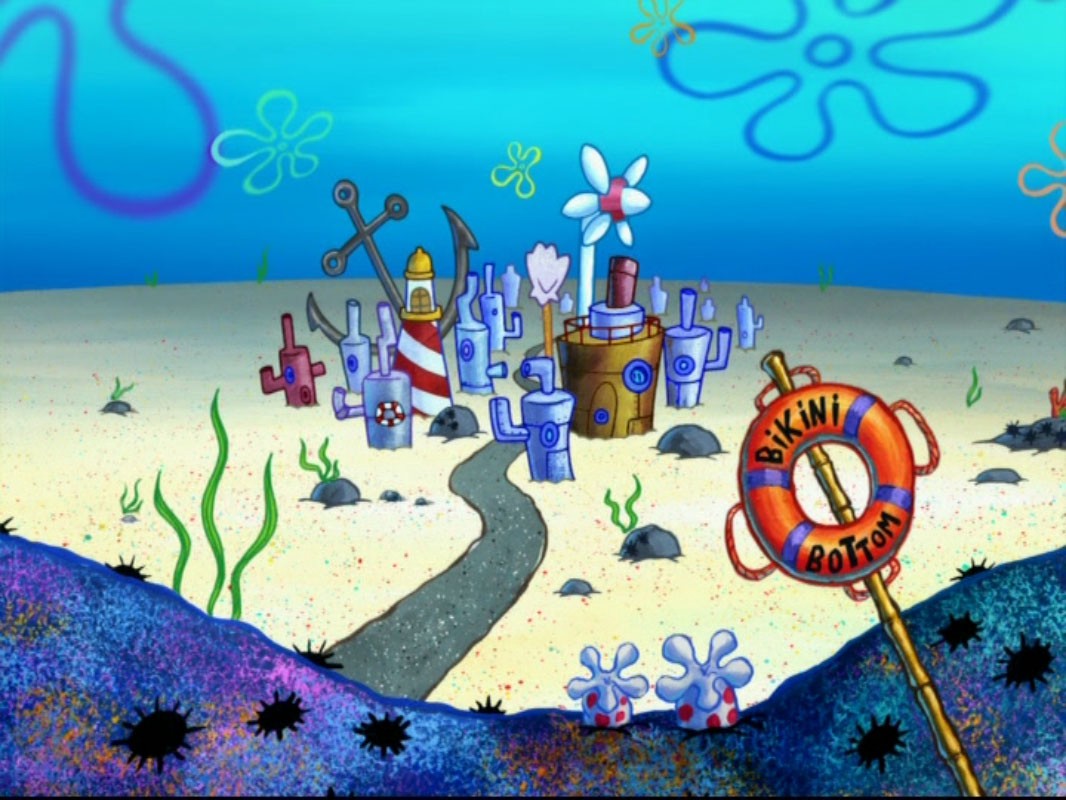 Black Card:
Alright, it’s true! I tricked you to get the Krabby Patty… but then you showed me ______! And now I realize… that’s all I ever really wanted.

With only one click the game of the city with fruit-made buildings can be yours. In other words, you can purchase the game here in our store [online] for only $9.95.