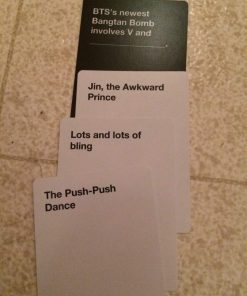 Box Against Bangtan is the Cards Against Humanity BTS-themed unofficial edition.

Your favorite boys Jin, Suga, J-Hope, RM, Jimin, V, and Jungkook, and this Cards Against Humanity BTS-themed (unofficial) edition is all about them.

This unofficial edition has 162 cards, all about BTS – your favorite boy band.

Bangtan is one of the most popular, and favorite boy bands. K-Pop is being listened to everywhere nowadays. And then we have Cards Against Humanity, which is also one of the top favorite card games.

The cards are all about Your favorite boys Jin, Suga, J-Hope, RM, Jimin, V, and Jungkook.

This Box is 17+, even though its content is not as dirty as most of the C.A.H editions. However, it is not recommended for people under 17.

The cards are fun, the boy band is fun, the game is fun!!

If you’re familiar with Cards Against Humanity rules, you already know that they are super simple.

Box Against Bangtan is an (unofficial) edition of C.A.H, so the rules are just the same.

If you didn’t play Cards Against Humanity in a while, here’s how you do it:

The cards that ask the questions, or require a fill-in-the-blank, are the Black Cards.

The ones to answer or fill-in-the-blank are the White Cards.

Everyone except the Card Czar of the round gets 10 White Cards (answer cards). The Card Car reads the black cards so all the players can hear them.

Players pick the card they think is the best suit for the black card, but it is faced down on the table. After all of you put your answer cards on the table, the Card Czar reads each of them out loud (recommended), and decides which one is the funniest combination.

The one who got selected wins the round, and the player gets an Awesome Point.

Repeat until you can no more. Until you feel like relaxing for a while and listen to BTS. 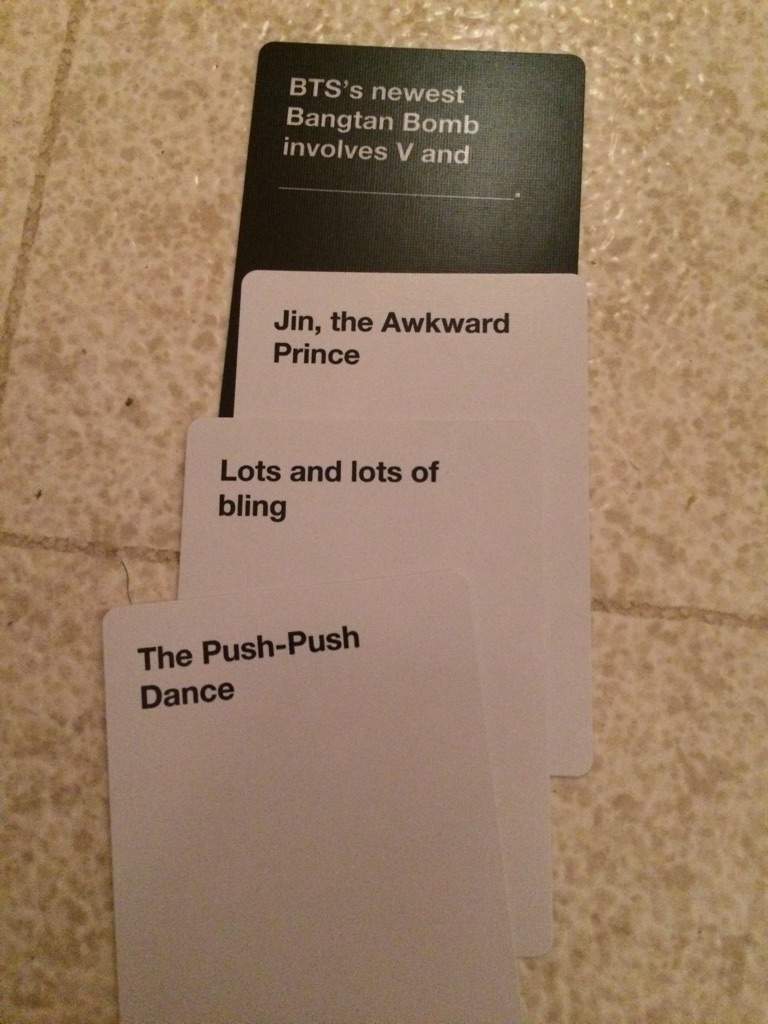 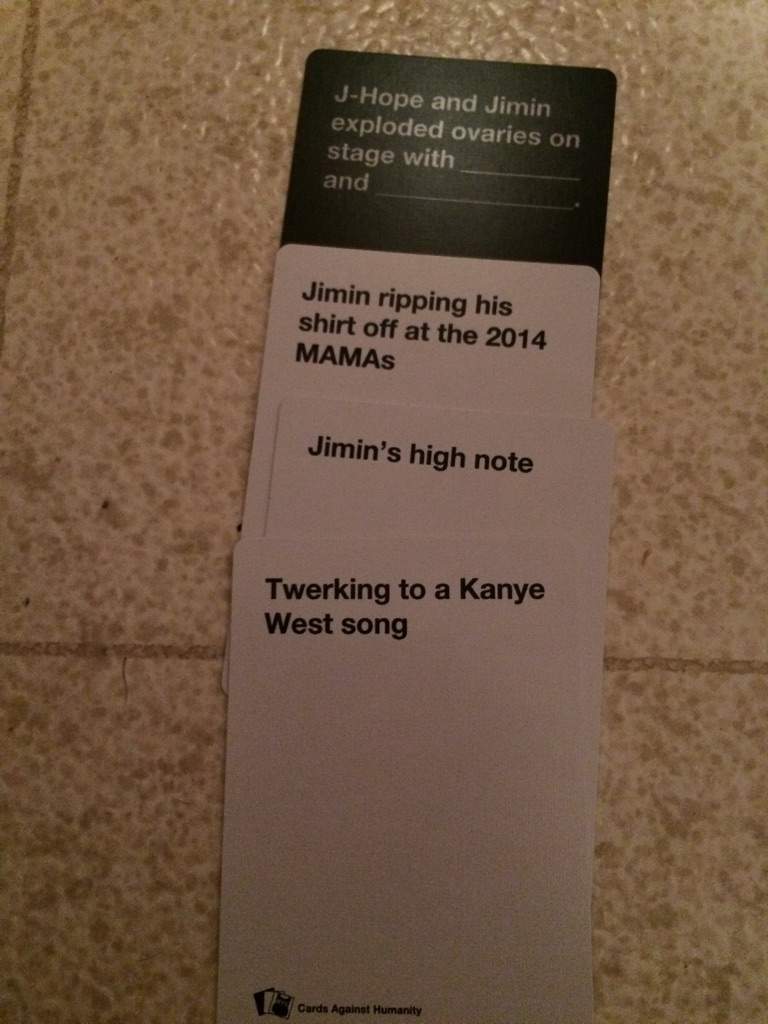 Black Card:
Is this just another terrible Bing mistranslation, or did Jimin really tweed about________?

All that fun and 162 cards that come with the Box Against Bangtan can be purchased online here in our store for only $9.95.